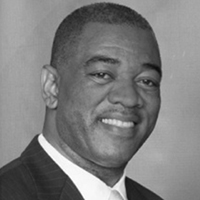 Your source for twenty first century transportation and energy solutions. Building a greater America, a better world and a cleaner environment for centuries and generations.

Every American has a right to have the best education without limitations. TRANDERSOL is committed to ensuring that every American has unobstructed access to the best education, and to ensure that America’s education standards and systems assume its rightful place as number one in the world. To do so, we have committed significant resources over the past two decades in developing economic models that will institute the fundamental changes that are necessary to accommodate such changes and achievements.

In 2008, TRANDERSOL developed the formula for Free and Affordable College Tuition (FACT) as part of the long-term benefit of the comprehensive Eight-Dimensional Economic Recovery Plan (“EDERP” or “The Plan”), to rebuild and modernize America’s infrastructure and economic platforms and systems, so that we are able to create economic growth and revenue to fund these and other needs..

FACT was presented to the White House and members of Congress in 2014 as part of TRANDERSOL’s test run of benefits from the Plan. FACT was designed to piggyback on the tremendous economic growth EDERP is projected to contribute to our economy. In a world of rapid scientific and technological advancements, our education system must become the integral structure of our nation’s success. Education should not be a privilege; it must be a necessity for all children and adults.

Our economic, military, and technological success can only be as strong as our educated stewards. In 2018, according to the Department of Education statistics and reports 14.53 million students enrolled in public colleges and 5.12 million students enrolled in private colleges in the U.S. These figures are expected to increase to 14.89 million and 5.22 million respectively by the year 2029.

Those figures will be exponentially increased  by 87 percent because of funding for early childhood care and education, free continuing education, support for parents on maternity and paternity leave when EDERP is implemented. Currently, funding for education is $706 billion annually to fund our 50,989 schools in the United States. This amount includes salaries for teachers and other expenses. TRANDERSOL projects an increase of funding for our education system to $1.78 trillion annually. The funding will come from increased annual GDP of over $80 trillion annually.